General Motors stock has stuck to the upper Bollinger band on its stretch north, peaking its head above the band, hauling the price of the stock above previous peaks from February 6 and April 18. Although the price has formed a spinning top candle and sellers have pushed lower, it’s worth mentioning that the 40-day simple moving average has crossed above the 100-day SMA, signaling that the bullish advance seems to be holding.

The MACD is in the positive region approaching a cross below its red trigger line and the RSI has pushed downwards out of the overbought zone. Besides this, the ADX is showing a strong trend persist.

For the upward picture, if the 40.00 level holds and a close above the previous peaks of 40.42 and 40.67 occurs, a revival of the up rally for new highs could come into play before further advances to test the 42.94 resistance level.

The momentum indicators are signaling a short-term pullback, and if the selling interest picks up, a tumble to initial support at the middle band may play out, before testing the 39.10 level, which is the 23.6% Fibo of the up move from the 33.06 low to the 40.96 high. An interruption to an extended slide could come from the swing low of 38.70, and if violated, the SMAs and the 38.2% Fibo area, around 38.00 may test the decline’s muscle.

Summarizing, there are no strong signals to suggest the short-term bullish bias has evaporated and only a fracture below 38.70 could shift the stance to neutral. 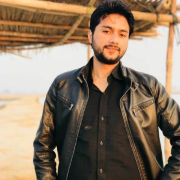